CCNP is found within the western side of the central Omo Gibe basin, in between Dawro zone and Konta Special Woreda of the SNNPRS, Ethiopia. The park is located about 330 & 460 km southwest of Hawassa & Addis Ababa, respectively. It covers an area of 1190 km2 that ranges in altitude form 700 to 2450 m.a.s.l.

The Park is fortunate in possessing numerous rivers, streams and four small creator lakes (Keriballa, Bahe, Bulo, Shita) which are reason for the rich wildlife resources of the area.  Zigina River rises from the north east highlands of the area and cross the central part of the park (north to south) and feeds the Omo River (there are also different perennial rivers feeding Omo River crossing the park). Shoshuma River  rises from the northwestern highlands of  Konta which cross the northeastern part of the park and mixed with Zigina River in side the park & flow  down together to Omo River.

The prominent topographic features is unique & highly attractive and characterized by heterogeneous and hilly terrain, few flat lands and highly undulating to rolling plains with incised river and perennial streams, valley and gorges.

Access to arrive Chebera-Churchura National park is not a problem. One can reach to the park following either the Addis-Jima-Ameya road or Addis-Shashemene-Sodo-Waka-Tocha. The internal park road is under study however there is some 80 km rough dry weather road crossing the western sides of the park and show the entire park view or it is also possible to trekking  in side the park following foot paths available in the park but with help of local Guide.

So far, 51 larger mammals and 137 species of birds have been recorded in the different habitats (Highland & Rverine forest and savanna and bush lands) of the park. White winged -cliff chat, Banded-barbet, wattled ibis, black-headed forest Oriole and thick billed Raven are endemic birds for the country. Common mammals include the African elephant, hippopotamus, buffalo, lion, and leopard. Currently, CCNP appears to be the least disturbed and reliable ecosystem for the African elephant and Buffalo in the country.

The park comprises unique and attractive mountain closed forest, closed tall-grassed savannah habitat, thick woodland forest. The landscape very fascinating highly rugged, undulating to rolling plains there a number of hilly & mountainous land which the whole year covered by vegetations. A number of cold & hot springs, historical caves, the Meka forest (which is always with African Elephants). The park is the best site to see the African hot and Elephants, and Buffalo..

The Park & surrounding area also has different natural and cultural attractions such as different cold springs, lakes and caves

Weather forecast from yr.no, delivered by the Norwegian Meteorological Institute and the NRK 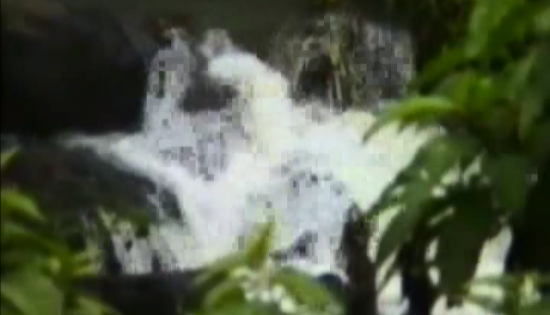